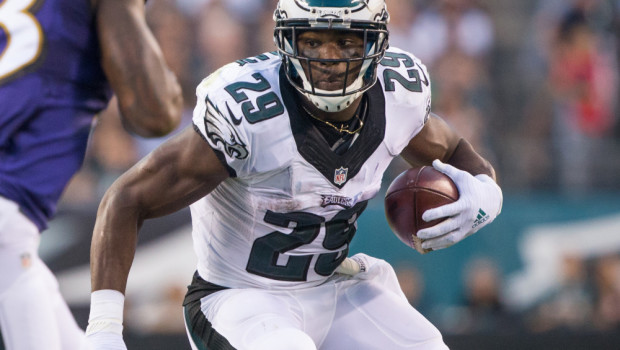 Spin: Murray’s long-awaited Eagles debut went off without a hitch (above). His first run was exactly the type head coach Chip Kelly wanted to see from his offseason acquisition: a one-cut, seven-yard gain. Later in the game, he scampered for a two-yard score against a winded defense. He carried the ball just five times, and the game was still more of a feeling-out period than anything, but the defending rushing champ looked strong and made quick cuts, which is encouraging for fantasy owners looking to take Murray in the first round.

ESPN Fantasy Projection: Murray is the first reigning rushing titleholder to change teams since 1947. Even crazier? After ridding themselves of LeSean McCoy, the Eagles signed Murray and RB Ryan Mathews and changed their QB. There are so many moving parts here that Rube Goldberg is shaking his head. Here’s what we know: 1) Murray leaves the NFL’s best O-line, but Philly’s unit is good; 2) he was injury-prone before 2014 and is coming off the sixth-most touches ever in a single season; plus, Ryan Mathews will steal work; 3) Murray proved he could be a complete power RB last year; 4) this craziness is sure to inject major uncertainty going forward.