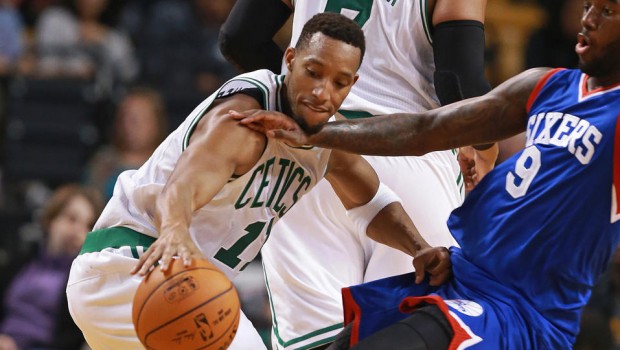 The Sixers drafted Evan Turner with the 2nd pick of the 2010 draft, and he turned out to be a whining, overpaid loser, which is why he is now a role player in Boston. Here’s another example of his ridiculous self-image, referencing a pass he threw the other night that resulted in a shot that beat the Sixers:

“When I was dribbling, I was like, ‘Oh snap, I’m at 15 feet, I’m about to end this,’ ” Turner told ESPN.com’s Chris Forsberg. “And then I thought about [Michael Jordan] passing to Steve Kerr. And I thought, ‘Well, let me add that to my legacy. I’ll pass one time.’ And that was it. It was unbelievable, actually. Ingenious by me.”