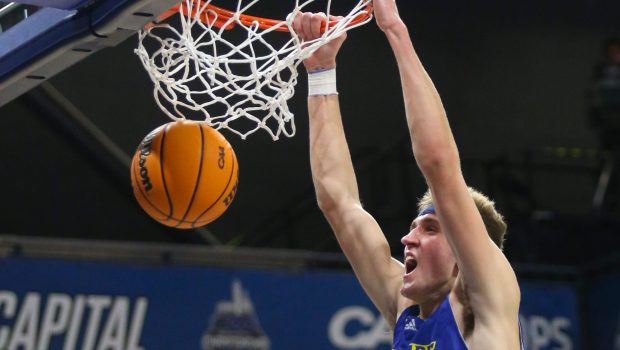 Delaware is heading to the NCAA’s Big Dance again.

The Blue Hens held off North Carolina-Wilmington 59-55 to win the Colonial Athletic Association title and punch a ticket to the NCAA Tournament.

Delaware earns its sixth ever NCAA tourney berth and first since 2014. The Blue Hens do it as the first ever 5th seed to win the CAA tournament and by notching their first over win over UNCW in a CAA tournament game.

The Hens will learn who and where they’ll play in the NCAA Tournament when the 68-team field and brackets are unveiled next Sunday night.