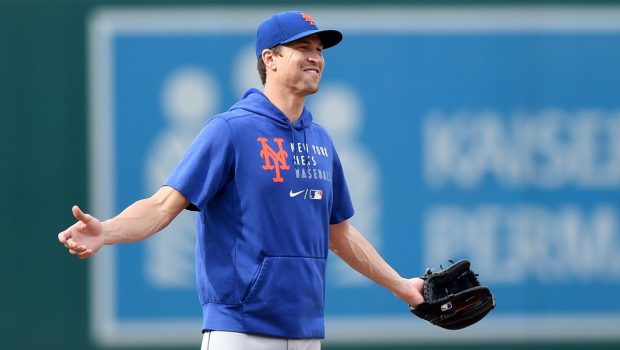 DeGrom underwent an MRI this week, Rojas said, that showed the inflammation has improved some but not enough.

“He’s frustrated. He wants to pitch,” Rojas said. “He wants to help the team, but there’s nothing he can do. He has to commit to this two weeks now and just follow the expert’s indications.”

The delay is the latest setback in deGrom’s return from injury after he was previously shut down on July 30 for two weeks. That same day, the right-hander had an MRI that revealed no structural damage.

DeGrom was placed on the injured list on July 18 (retroactive to July 15) with tightness in his forearm. The earliest he could return is mid-September.

After the two weeks are up, deGrom will have another MRI to assess his injury.