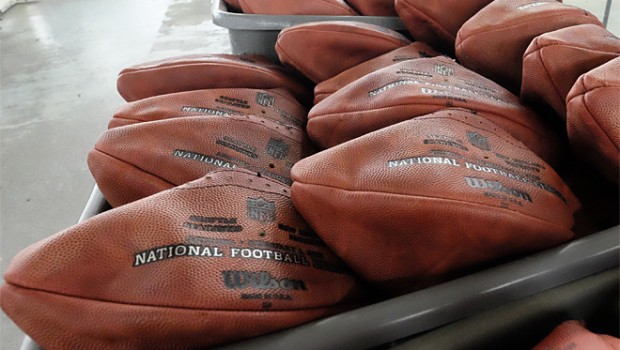 DEFLATEGATE: BRADY LIED AND KNEW, SO WHAT’S THE PENALTY?

Now that the NFL has unveiled the scathing results of their investigation into whether Tom Brady and the Patriots deflated footballs in the AFC Championship Game against the Indianapolis Colts, there is little doubt about whether they skirted the rules. All the evidence points to there being a concerted effort to gain a competitive advantage.

The investigation says that it’s more probable than not that Brady and his coconspirators are guilty. So, really, there is only one thing left to know ‐ what will be the fallout?

Let’s begin with the probability of Tom Brady being suspended. It seems pretty high. He did not come off favorably in the Ted Wells Report released Wednesday, which concluded that Brady lied and knowingly cheated.

This was part of the report’s conclusion:

During his interview, Brady denied any knowledge of or involvement in any efforts to deflate game balls after the pre-game inspection by the game officials. He claimed that prior to the events surrounding the AFC Championship Game, he did not know McNally‟s name or anything about McNally‟s game-day responsibilities, including whether McNally had any role relating to game balls or the game officials. We found these claims not plausible and contradicted by other evidence. In fact, during his interview, Jastremski acknowledged that Brady knew McNally and McNally‟s role as Officials Locker Room attendant. Similarly, McNally told NFL Security that he had been personally told by Brady of Brady‟s inflation level preference.

One would have to think based off this conclusion that Brady is in serious trouble. At least part of his 2015 season is in jeopardy. A suspension is on the horizon.

How long? That depends on the opinion of the judge, jury and executioner, commissioner Rodger Goodell, and whether he takes into the account Brady’s blatant disregard to disclose the truth and failure to fully cooperate with the league’s investigation. (He refused to provide emails, text messages and phone records.)

The league should come down hard on Brady, one of the league’s biggest stars. But will it?

While Brady seems like a certainty to face discipline for his knowing involvement, coach Bill Belichick is a different story. Belichick was essentially absolved of guilt in the report.

In particular, we do not believe there was any wrongdoing or knowledge of wrongdoing by Patriots ownership, Patriots Head Coach Bill Belichick or any other Patriots coach in the matters investigated.

That’s pretty clear-cut. The problem is that if past precedent is any indicator, the league and commissioner could come down hard on Belichick as well. Goodell slammed Saints coach Sean Payton with a one-year suspension for a bounty program that took place under his watch. Payton reportedly didn’t know about the program. Goodell used the logic that “ignorance is not an excuse,” and came down hard on Payton.

Belichick could face a similar fate. And if you ask Troy Aikman, the punishment should beeven harsher.

It may not happen though. ESPN’s Adam Schefter is reporting that Brady, locker attendant Jim McNally and equipment assistant John Jastremski are likely to be disciplined in the coming days. Belichick is noticeably absent from that list of names.