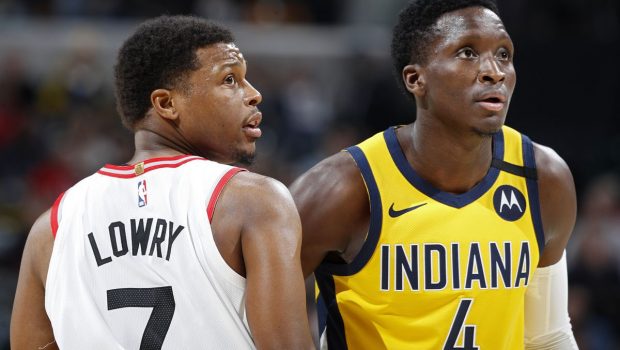 TRADING FOR LOWRY OR OLADIPO WOULD MAKE SIXERS TITLE-WORTHY!

As the unofficial second half of the NBA season begins for the Sixers versus Bulls tonight in Chicago, who they will add to a championship contender roster is front and center.

Making this roster deeper and more potent can be the difference in going all the way, or not.

Philly native and NBA champ Kyle Lowry with the Raptors a couple years ago would be a perfect fit; tested in playoff battles is what Lowry brings to the table, 3-point shooting ability, ball handling stability when the heat rises in tight playoff spots. He’s in the last year of his current contract, so it will take some picks and a player, or two.

Another intriguing name is Rockets guard Victor Oladipo, who recently turned down a 2-year $45.2 million dollar deal to stay in Houston. The Rockets are currently near the bottom of the Western Conference standings, and they will be forced to deal Oladipo to get something back for this talented shooter. He would be perfect standing at the 3-point line waiting for a Ben Simmons pass.

Other players out there for deadline possibilities are PJ Tucker, also on the Rockets roster, and Larry Nance Jr., whom the Cavs could be looking to move.

With a couple weeks to go until the March 25th deadline, you can be sure Sixers boss man Daryl Morey is working the phones to make this roster stronger going into the NBA playoffs.