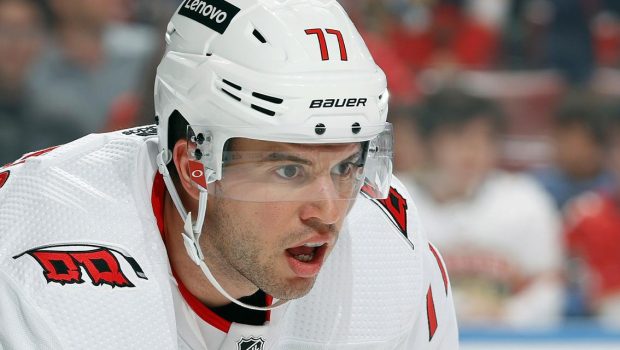 ‘DE ANGELO’S A HELL OF A PLAYER,’ — ALSO A BIGOT AND BAD TEAMMATE!

“The thing that bothers me and some of the things I’ve read is people are upset about Tony DeAngelo,” Tortorella said.

“Tony DeAngelo’s a hell of a player, Tony DeAngelo has personality. Is he going to say and do some stupid stuff? You’re damn right he is. But I’d rather have a guy doing stupid stuff than having a choir boy here just going about your business. You don’t win that way, you don’t win championships, you don’t build a team without any personality. Tony’s going to bring that and, plus, he’s a hell of a player.”

DeAngelo’s tenure with the Rangers ended after he reportedly got into an altercation with his own goaltender, Alexandar Georgiev, so it’s not just that DeAngelo has personality.

That said his time with Carolina went better and while there are on-ice reasons to criticize DeAngelo too – most notably his defensive play – we’ll see how he works under Tortorella. If nothing else, DeAngelo has to appreciate his head coach going to bat for him in such a strong way.