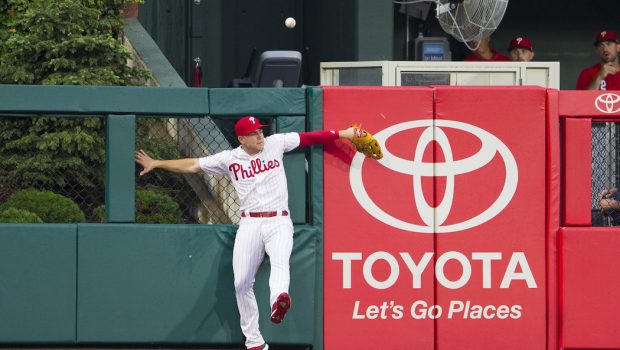 The Diamondbacks’ back-to-back-to-back home runs to open the game was a harbinger of things to come.

Along with the three consecutive home runs from Jarrod Dyson, Ketel Marte, and David Peralta, the D-Backs also benefited from two-run homers in the fourth inning by Eduardo Escobar and Alex Avila. Escobar hit another two-run shot in the fifth, and Ildemaro Vargas hit a solo dinger. Vargas went yard with Escobar on base in the ninth for good measure.

On the Phillies’ side, Jean Segura lifted a solo home run the first. Scott Kingery went yard with the bases empty in the fourth and added another solo shot in the eighth. Rhys Hoskins and Jay Bruce each hit solo homers in the ninth. The Phillies ultimately lost 13-8.