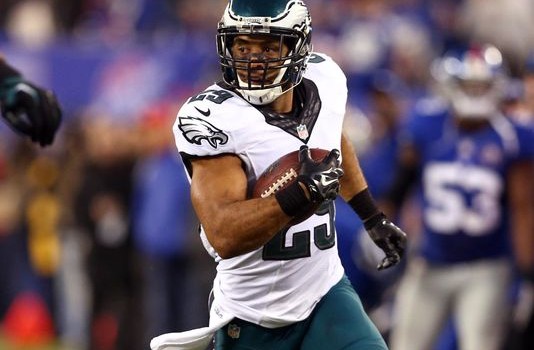 THE DAY AFTER: WHAT GIVES WITH THE ARREST OF EAGLE NATE ALLEN?

At first it seemed like a fairly typical traffic stop in a Florida town or at least a case of mistaken identity.

But when Nate Allen, the Eagles’ safety was arrested Monday evening in Fort Myers, Fla., he was held for five hours and never informed of the crime he was alleged to have committed.

Is this another case of Driving While Black?

Allen told the Fort Myers News-Press Tuesday that he spent almost five hours in a holding cell at the Fort Myers Police Department on Monday evening, not knowing why he was pulled over and detained.

At about 9:30 p.m. ET, Allen said he was informed that one or two teen-aged girls had identified him to police officers, informing them that they saw Allen performing a lewd act to himself at a red light in Fort Myers off U.S. 41.

Allen said he did no such thing and never would. He said he was on his phone with a former high school teammate at the time he was pulled over.

“It’s disgusting to even be associated with something like this,” Allen said. “Just the fact that there’s an accusation with my name, about doing something that repulsive.

“The whole time I was sitting there in this holding cell, I’m thinking, ‘Football isn’t even worth all this.’ I don’t even like considering myself a celebrity. I hate how people idolize us. Because this is the type of stuff that comes with being idolized.

“This is the stuff that comes from it.”

Allen has not been charged with a crime at this time, but police are currently working with the 20th Judicial Circuit State Attorney’s Office for case review and the investigation remains active, according to a FMPD release.

“Good,” Allen said of the ongoing investigation. “I hope so. Please. I said, ‘Can you look at some cameras. Can you find something that shows that I didn’t do this?'”

Allen said he is shaken by what he called false accusations. He said he does not know who identified him to police. He said as a Christian, he was compelled to forgive them.

“It’s scary to think that this could happen just off a single phone call,” Allen said. “If these girls had adults with them, I wish I could talk to them. Look what you are creating. What are you trying to do?

“But I forgive them. That’s what I want these women to hear more than anything.”

Allen said he has spoken to the Eagles head of security and front office as well as his agent, Todd France.

Allen, 27, will become an unrestricted free agent next month. He made $3 million last season and was a second-round pick in the 2010 NFL draft out of the University of South Florida.

Allen graduated from Cape Coral High School as one of the most decorated players in school history, having set numerous passing records and throwing for more than 5,000 yards. He also started at his future NFL position at safety, and he was a three-time News-Press first-team All-Area selection.

Allen excelled in the classroom as well, graduating with a 3.6 grade point average.

Allen went on to star at USF, where he became one of that program’s most decorated defensive players. He started his final 39 consecutive games.