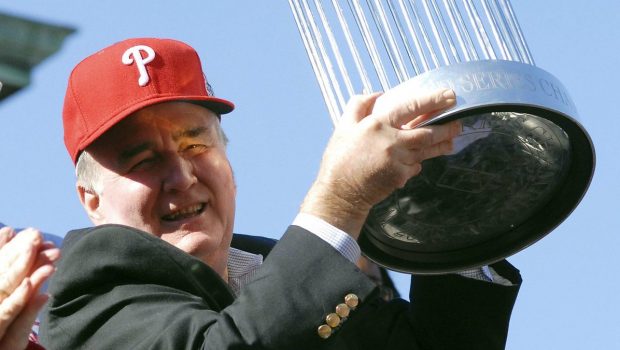 A celebration of life for the late Phillies executive David Montgomery will be held on June 6 at Citizens Bank Park, open to the public at 3:05 p.m. ET.

Montgomery passed away on Wednesday morning at age 72 after a five-year battle against cancer.

“One of David’s favorite times of the year was the MLB draft,” said David’s wife, Lyn Montgomery. “We couldn’t think of a better way to celebrate David’s life, and his love of the game, than to invite his friends, colleagues and Phillies fans into his second home at the conclusion of the draft.”

In lieu of flowers, the Montgomery family kindly requests that contributions be made to: