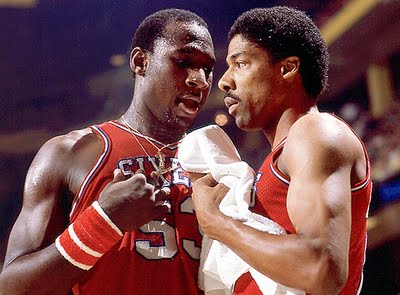 DARRYL DAWKINS, ONE OF SIXER FANS’ FAVES, DEAD AT 58

Sixers Nation lost one of its favorite players this morning — Darryl Dawkins, known for his thunderous dunks and flamboyant nickname — has died.

The Lehigh County Coroner’s Office confirmed a TMZ report that Dawkins died this morning. Following his professional playing career, Dawkins made his home in the Lehigh Valley.

The 58-year-old made history in 1975, when he became the first player ever drafted directly from high school to the NBA. The Orlando native played parts of 14 seasons in the NBA, spending the majority of his career with the Sixers and the New Jersey Nets.

Dawkins played for the Sixers, New Jersey, Utah and Detroit. He averaged 12.0 points and 6.1 rebounds in 726 career regular-season games.

He was selected No. 5 in the 1975 NBA draft by the Sixers. Dawkins was the first high school player to be taken in the first round of the draft.

Dawkins was known as much for his dunks as his playing career. In 1979, Dawkins shattered two backboards in separate games Following his retirement from the NBA, Dawkins – nicknamed Chocolate Thunder by Stevie Wonder – coached the American Basketball Association’s Newark Express and the Pennsylvania Valley Dawgs, which played in the Lehigh Valley as part of the now-defunct United States Basketball League.

Dawkins most recently was the former head coach of the Lehigh Carbon Community College men’s basketball team. An autopsy is scheduled for Friday to determine the cause and manner of death.