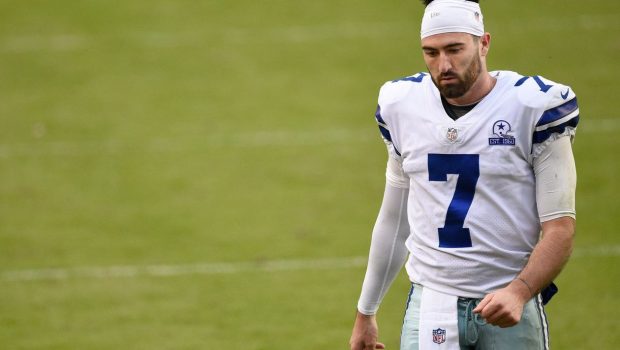 DALLAS SUCKS! THIS YEAR IT’S JUST A FACT, NOT AN EAGLES FAN CHANT

The Eagles host the Cowboys Sunday night at the Linc.

And never before in the 60-season rivalry that has seen its intensity wane over the years has there been so little interest in Philly.

No rallies, of course, because of the pandemic.

But really, the reason is that Dallas trules sucks!

The 2020 Cowboys season is over, and their fans knew it the moment Dak Prescott went down. The players certainly acted like they knew it in their last two games. And now, it seems, Jerry and Stephen Jones know it too.

Tuesday’s decision to jettison underperforming Everson Griffen, accompanied by word on Wednesday that both Dontari Poe and Daryl Worley will no longer be with the team, sent a message about the Cowboys: they’re being realistic.

All three of those players were added in the offseason with the idea that they’d be under-the-radar moves. Griffen was a force to be reckoned with off the edge in Minnesota for 10 years, accumulating 74.5 sacks during that span. Poe was a monster of a man who had been disrupting pockets for years in Kansas City before injuries marred his three years between Atlanta and Carolina. And Worley brought experience and production at cornerback, as well as the ability to flex to safety.

All three turned out to be major busts. Griffen often looked lost on the field, Poe routinely got bullied by linemen half the size of him, and Worley got beat by receivers so often that it was surprising whenever he wasn’t the one giving up a big catch. So the Cowboys moved on from all three, and will allow more playing time for their younger players.

It’s a very strange sight to see for a team that was billed as Super Bowl contenders before the season started. Few could’ve predicted the rash of injuries that would happen, though, and even those who bet money that Andy Dalton would end up starting a game before season’s end didn’t see Ben DiNucci (above) also starting a game, much less before the bye week.