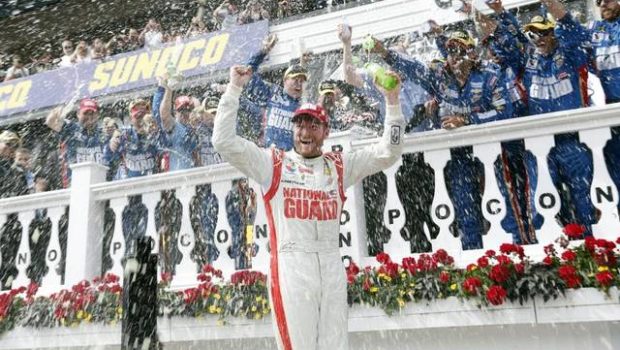 If Dale Earnhardt Jr. is going to make the NASCAR Cup Series playoffs in his final full-time season before retirement, this weekend’s Cup Series race at Pocono Raceway offers Earnhardt one of his best shots at getting that win.

Earnhardt, 22nd in the standings, sits 213 points behind Matt Kenseth on the playoff cutoff line. He’s coming off a rough run in the Brickyard 400 at Indianapolis, where he got knocked out on Lap 77 with a busted radiator after hitting the back of Trevor Bayne’s car.

A win changes everything, though, virtually assuring Earnhardt a berth in the playoffs.

Hendrick Motorsports teammate Kasey Kahne all but earned his pass to the playoffs last weekend at Indianapolis. Can Earnhardt follow up in Sunday’s Cup Series race, the Overton’s 400 (3 p.m., NBC Sports Network)?

History works well for Earnhardt at the Tricky Triangle. The No. 88 Chevrolet has run well at Pocono, including two wins (both in 2014) in his 34 career starts there. Earnhardt also has notched 11 top fives, 15 top 10s and a 15.1 average finish in Long Pond. He’s finished fifth or better in six of his last eight races there.

“We’ll go to the next race – Pocono – and keep digging,” Earnhardt told NASCAR.com. “This is not the worst season by any stretch of the imagination – at least the cars have speed in them, we’ve just had some really bad luck. We’ve got a busy week coming up, but I’m so ready for Pocono.”

And what if Earnhardt doesn’t come through at Pocono?

There are two tracks left before the playoffs where Earnhardt has multiple wins – Michigan (two wins) and Richmond (three).

Earnhardt is said to be particularly fond of Richmond because its layout is similar to Myrtle Beach Speedway, where he raced when he was younger. As the last race in the season, a win at Richmond also offers hope for those who favor great storylines.

Regardless, Earnhardt sees a win as a way to pay back his legion of fans for years of support.

“I feel bad for all the fans because they’ve been really supporting us and this has been a difficult season for them to see us not compete like we should or like we have in the past,” Earnhardt said. “I’m hoping that I can turn that around, for all our sakes, really soon.”

A quick look at the remaining tracks on the Cup Series schedule and how many times Earnhardt has won (in parentheses) at each. 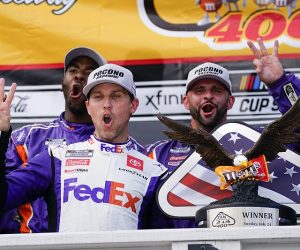