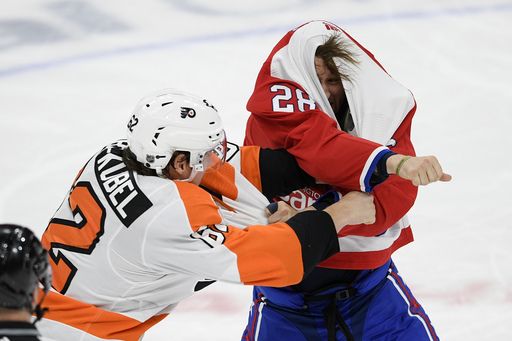 “We will have a rigorous daily testing protocol where players are tested every evening and those results are obtained before they would leave their hotel rooms the next morning, so we’ll know if we have a positive test and whether the player has to self-quarantine himself as a result of that positive test,” Daly said. “It’s expensive, but we think it’s really a foundational element of what we’re trying to accomplish.”

Each test costs approximately $125, the league says, and commissioner Gary Bettman estimated 25,000-35,000 will be needed to get through the playoffs — a price tag, he concedes, of millions of dollars.

But athletes have plenty of concerns about risking their health to get back to work, and regular testing is something players insisted on.

“You need testing at a level sufficient to be confident that you’re going to be on top of anything which might happen,” NHL Players’ Association executive director Don Fehr said. “If that turns out to be daily, and that’s available, that’s OK. That would be good. If it turns out that that’s not quite what we need and we can get by with a little less, that’s OK.”

While players vary on their general concern about contracting the virus by resuming the season, many seem to be on board with frequent testing.