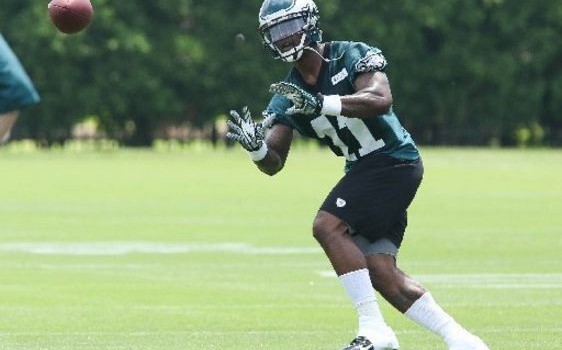 Last time they met: The Eagles dominated a Chicago team fighting for its playoff life in December of last year, 54-11. The Bears won the previous two meetings in the series, including a Nov. 7, 2011 matchup, 30-24, in Philly.

Series notes: The Bears lead the all-time regular season series with the Eagles, 30-13-1. The Eagles have won seven of the last 11 meetings between the two teams.

Sproles won’t see as much action as Huff may have the opportunity too, but it will be nice to see both on the field against an opposing defense. Sproles has looked impressive on wheel-routes during the preseason, and Huff has looked like a player that can contribute by going over the middle. It will be interesting to see how head coach Chip Kelly uses both players against a solid defensive unit, even if it’s only for a couple of series.

There is no doubt that Mark Sanchez has looked better in training camp this preseason than Barkley. He’ll be listed as the No. 2 entering Friday night’s game, but that doesn’t mean Barkley doesn’t have a shot at becoming the main backup for Foles. It’s a secondary position competition, but one worth watching as both guys will take a majority of the snaps during the preseason.

Noteworthy stats: Both head coaches, Kelly and the Bears’ Marc Trestman hold a 2-2 record in preseason play. … The Bears were second in points scored per game last year (27.8), while the Birds were fourth (27.6). The Bears hold a 15-9 edge in preseason action against the Eagles all-time.

Looking ahead: The Eagles travel to New England next Friday, while the Bears host the Jaguars next Thursday night.