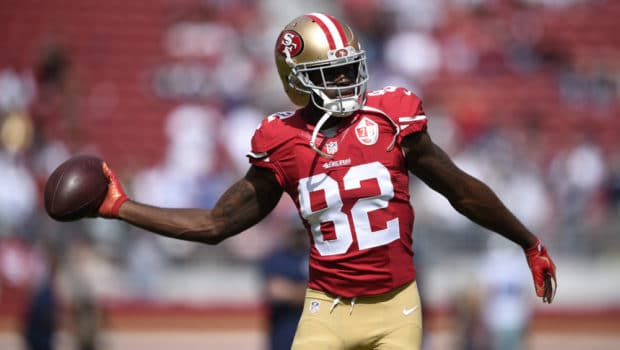 The 49ers are cutting receiver Torrey Smith, and the Eagles become a prime place for him to land.

As Pro Football Talk reminds us, the Eagles and 49ers negotiated a potential trade that would have sent Smith to the Eagles during the 2016 season, but a deal couldn’t be finalized before the deadline. Smith himself acknowledged that talks had occurred.

Smith makes plenty of sense, apart from the fact that they desperately need guys who can catch passes. His speed would stretch the field and open up the underneath areas for other targets, making the rest of the players better because they will be more likely to finagle single coverage (or none at all) if Smith is dragging targets deep down the field.

The challenge becomes convincing a new team to take on Smith’s $6.5 million contract; his performance from the past two years could make that difficult to justify.

Then again, it’s only $6.5 million (plus another $1.375 million in roster and workout bonuses). That’s No. 2 receiver money, and Smith’s production during his two years in San Francisco likely had something to do with the quality of the offense and the quarterback play. So maybe it makes sense for the Eagles or someone else to call the 49ers and offering them anything. Because anything is better than the nothing they otherwise will get.