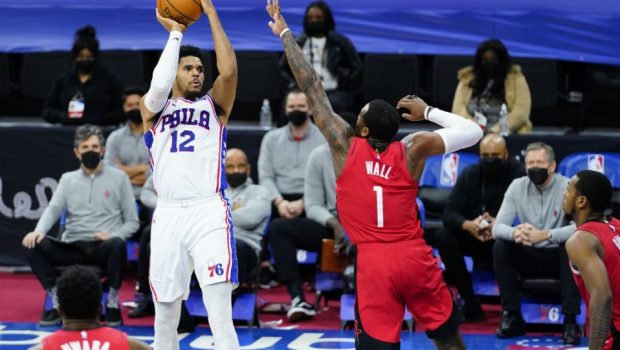 Do the Sixers have a chance of winning the Eastern Conference this time around?

If so, which players will push them over the top?

Many fans believe the Sixers are certainly in with a chance, however they are not considered favorites.

As this is written, basketball betting odds gave the Sixers 6/1 shot of winning the East, meaning they are definitely still in with a chance.

Much hype has been generated for the team’s offseason over the past couple of years.

Of course, this year, this hasn’t quite been the case, particularly when you look at their performance with the Boston Celtics over the past summer.

Aside from this, many Sixers players did make ESPN’s top 100. Plus, early results have been promising, and through a third of the Eastern Conference, things do look hopeful for the team.

The performance of specific players such as Joel Embiid, Ben Simmons, Seth Curry, Shake Milton and Danny Green has been impressive. Curry has been a significant contributor to the Sixers outstanding performance this season. This is no surprise, considering he is perhaps one of the best shooters of all time.

And he has been shooting from various positions on the floor. This has been great for the team, allowing them to experience some notable wins.

As an added bonus, he also fits in well with Embiid and Simmons.

Additionally, the Sixers have benefitted while the Dallas Mavericks, Curry’s former franchise, must be missing out on this sharpshooting guard.

Since entering the league in 2013, Seth has been playing in the shadow of his brother Steph of the Golden State Warriors.

Nevertheless, he is establishing himself as a solid player and shooter. Hopefully, in his crucial role as a contender, he will now gain a bit more recognition.

It seemed that when Josh Richardson was swapped for Seth Curry, it was probably the Mavericks that got the better deal. Nevertheless, Curry seems to be a better fit with the 76ers than Richardson.

Despite being a reliable three-point shooter in the NBA, he is trying to develop his own game in Philly.

We will say that although Curry has been one of the best performing players of the Sixers this season, he’s not the only great contributor. Other players definitely deserve some mention.

Tobias Harris is one example. Many think his contract was too expensive, considering he’s not even an all-star. Nevertheless, his addition definitely helps the 76ers be a better team which is shown by the fact he averaged just below 20 PPG last year.

That should qualify him for the All-Star game next month in Atlanta.

Another great player is the passer and defender Ben Simmons. At 16th overall, he’s not in a bad spot for a two-time all-star.

We should also mention Embiid, who is having the best year of his pro career and is in the running for MVP.