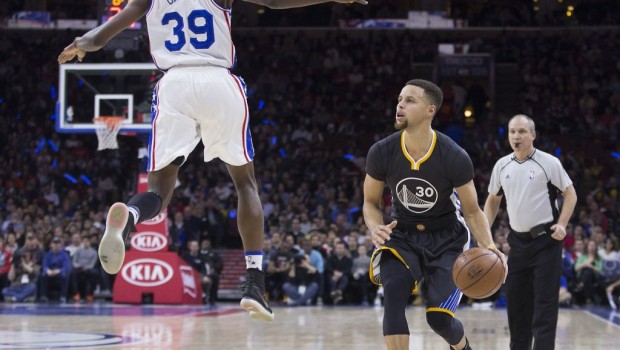 As the NBA prepares to tip off its 2016 playoffs today, it is worth noting that:

The Warriors captivated attention around the world this season as they set a new record for NBA wins in a single season—and their attack on NBA history also helped boost the league’s national television numbers for the first time in four seasons.

The NBA was on a streak of declining viewership for its nationally televised games, but a remarkable second half of the season, highlighted by the tantalizing run of Curry and the Warriors, increased the NBA’s viewership from last season on all four networks that carry national NBA games, the league said Friday on the eve of the NBA playoffs.

Those four networks suffered double-digit percentage audience losses last year from the lockout-shortened 2012 season. The drops coincided with significant losses in ESPN and TNT’s subscriber bases as cord-cutting accelerated across the U.S. and NBA teams in traditional mega-markets like the Los Angeles Lakers and New York Knicks struggled. This season didn’t start much better: TNT was down 8% and ESPN was down 6% in December from the same time last year.

But all four networks reversed the recent trend of declining viewership in the second half of the NBA season in large part because the Warriors became appointment television on a near-nightly basis.