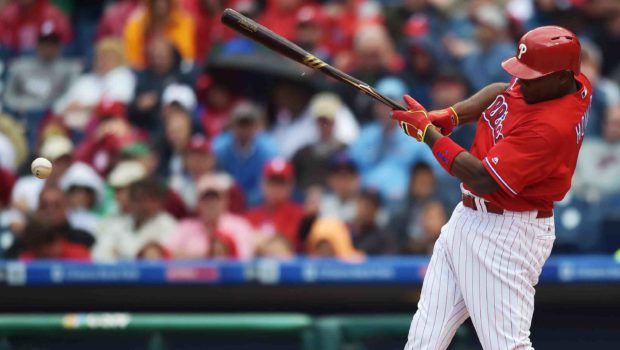 CUBS TAKE PHILLIES TO THE CLEANERS 8-1

The Chicago Cubs showed the Phillies yesterday why they have the best record in MLB.

Kris Bryant and Ben Zobrist homered as part of a three-run sixth that opened up the game. The Cubs went 5-1 against the rebuilding Phillies this season to improve to 41-17 for the best record in baseball.

“The whole game was set up because John Lackey pitched as well as he did,” Cubs manager Joe Maddon said. “He knows what he’s doing out there. He does different things with hitters to really set them up. … There’s no way to sit on him. He’s very unpredictable and he’s very smart.”

The Phillies found themselves in trouble early, as right-hander Vince Velasquez left the game after just two pitches because of soreness in his right biceps.

“It started out so awkwardly,” Maddon said. “We experienced all four seasons here in Philadelphia, so you had that to contend with. Their pitcher goes out, so everything you planned before the game changes.

“All kinds of weird things happened in the game, so to end up 8-1, I did not see that coming at all.”