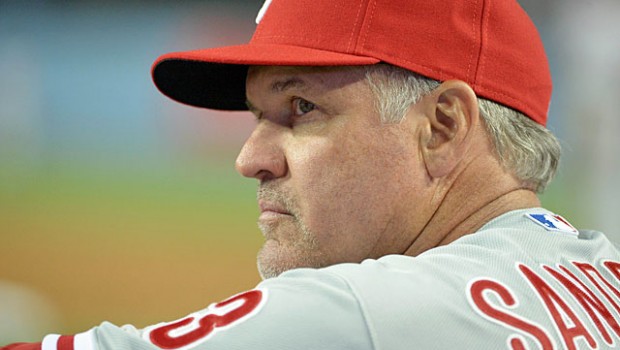 Ryne Sandberg is discovering that there is indeed life after failing as Phillies’ manager.

The Cubs are reuniting with Sandberg, bringing their Hall of Famer back to the organization as an ambassador.

A formal announcement could come as soon as this weekend, when Sandberg is scheduled to appear at the Cubs Convention at the Sheraton Grand Chicago.

This sounds like a low-stress role for Sandberg, who walked away from the Phillies last summer, resigning as manager while that franchise underwent a sweeping overhaul.

Sandberg finished with a 119-159 record across parts of three seasons with the Phils. He had managed his way up the minor-league ladder with the Cubs between 2007 and 2010, but never got serious consideration for the big-league job.

Still a fan favorite in Chicago, “Ryno” had left the organization on good terms at the ownership level with the Ricketts family and threw out a first pitch before a playoff game at Wrigley Field last October.