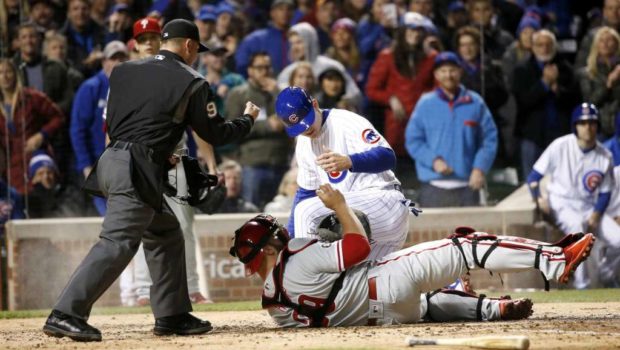 Javier Baez came within a double of the cycle with four hits and three RBIs, Kyle Schwarber broke out of a slump with a three-run homer and the Chicago Cubs defeated the Phillies, 8-3, last night in Wrigley Field.

Cubs starter Lester (1-1) pitched long enough to earn his first victory of the season. He struck out five and worked around five walks and four hits. He allowed three runs, two earned, in five innings.

Lester improved to 11-2 at Wrigley Field since the start of the 2016 season. He also improved to 7-0 against the Phillies in nine starts.

Baez hit his second homer in as many days and tied his career high with hits, and Kris Bryant homered and tripled for the Cubs, who won for the second time in six games.