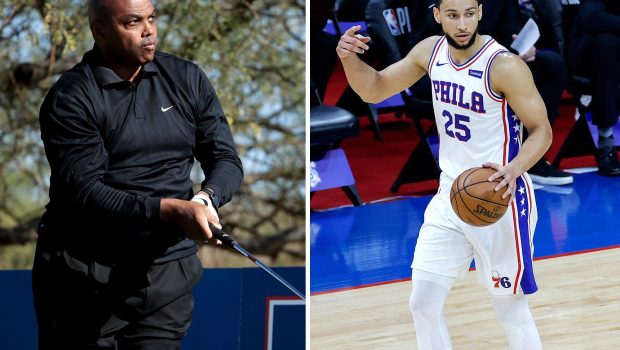 But let’s not forget that they are still missing crybaby Ben Simmons, who has demanded a trade.

Sixers legend Charles Barkley has some insight, as expressed in the Inky:

“That is one thing I can compare to Ben Simmons. He can never come back to Philly. He’s burned so many bridges, I think it’s over. I didn’t want to do that. I just didn’t want to alienate Philadelphia fans.”

“To Morey’s point, and I think he’s right, you want comparable value. Again, people can argue, what’s your house worth? It’s worth what somebody’s willing to pay for it.

“Morey has his own ideas what Ben Simmons’ value is and he’s not going to take pennies on the dollar to hasten a trade. I think if we had it to do over again, we would’ve been a bit more patient and ridden it out to try to get more comparable value, but I don’t know if we could’ve done it.”

“I don’t have any clue what happens with this Simmons thing,” Barkley said. “It’s one of the craziest things I’ve seen in my 36 years in the NBA. I don’t understand how he can be mad at the Sixers because they want him to get better at basketball. Your employer has the right to ask you to get better at your job.

“They asked him to get better. He took his ball and went home. lf somebody’s paying you 40 million, instead of taking the challenge you say, ‘I don’t want to play here anymore?’”