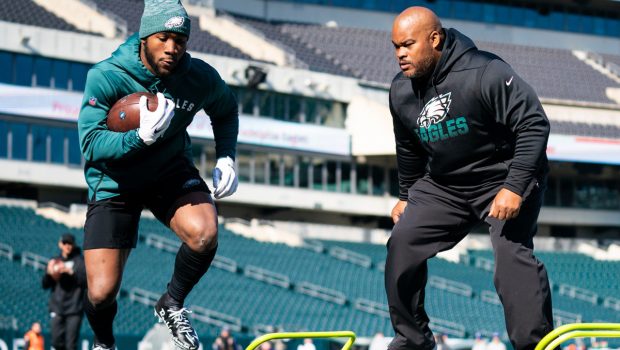 On the injury front, it’s hard to take anything Pederson says at face value given that Lane Johnson and Miles Sanders (above) were purportedly doing so “great” a week ago.

Certainly, the Eagles could use Johnson, Sanders and Barnett against the Rams.

With Vinny Curry out and Brandon Graham in the concussion protocol, I’m sure the Eagles will do everything they can to get Derek Barnett on the field.

Without him, they would be down to Josh Sweat, Genard Avery and Casey Toohill at defensive end, though I’m sure they would also give Malik Jackson some snaps on the outside.