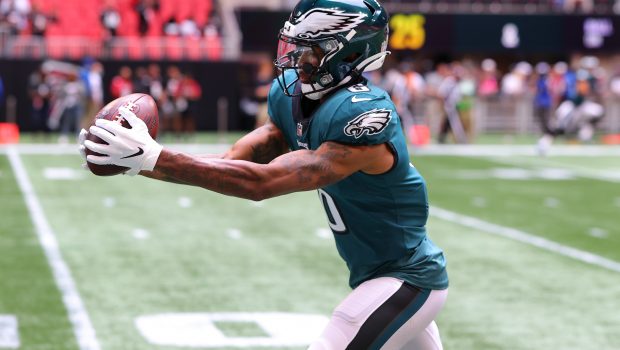 DeVonta Smith caught 3-of-6 targets for 28 yards in the Eagles’ 41-21 loss to the Cowboys last night.

Smith’s six targets were third on the team, but his 28 yards were tied for sixth.

The rookie’s most notable play was one where he slipped on his route as Dallas CB Trevon Diggs picked off the pass and took it the other way for a touchdown.

Smith now has five catches for 42 scoreless yards the last two weeks on 13 targets after his 6-71-1 opener.

Smith will look to get right next week in a soft matchup with the Kansas City secondary.