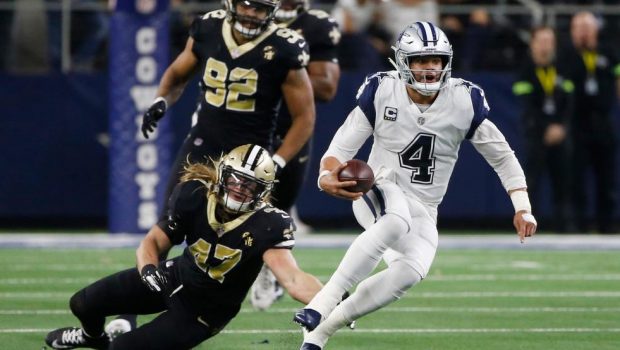 President Trump and a lot of NFL critics were crowing last season when TV ratings crashed.

But, as it turned out, that decline had nothing to do with players taking a knee.

Instead, you could chalk the ratings decline to lousy game.

The Cowboys-Saints game resulted in a 14.6 overnight television rating, the highest in the history of the “Thursday Night Football” franchise.

The previous high-water mark for “Thursday Night Football” in terms of overall viewership came in December 2016, when a Cowboys-Vikings game averaged 21.8 million viewers on NBC.

According to Sports Business Daily’s John Ourand, the Cowboys-Saints rating was up 36 percent from the comparable Thursday night game in 2017, Cowboys-Redskins on NBC. It also was Fox’s highest overnight rating for Fox this season and may be the network’s highest-rated game since last season’s NFC championship game.

Though NFL TV ratings have rebounded this year, numbers for the Thursday night package on Fox still were trending slightly downward entering the Cowboys-Saints game. That seems likely to change: 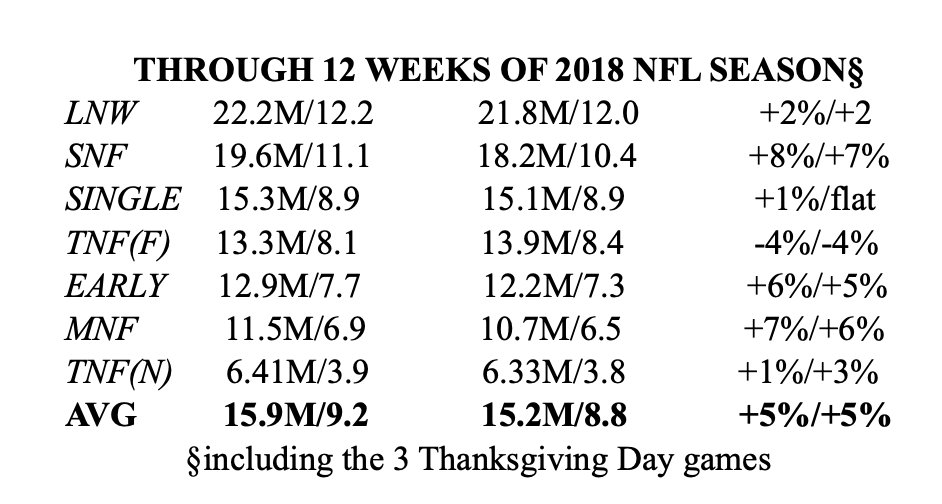