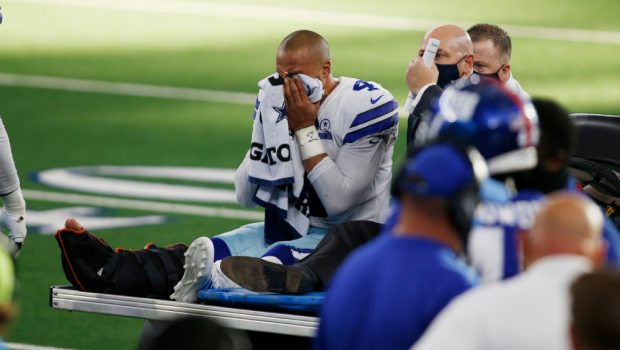 A severe shoulder injury on his throwing side.

He’s coming back but Cowboy legend Michael Irvin has his doubts:

“There’s something bigger going on here that they’re not telling you.”

Irvin explained on his podcast that he believes the Cowboys might be downplaying the injury to keep morale up at training camp.

Irvin broke it all down on “The Michael Irvin Podcast” on PodcastOne, saying everything he’s seen from Dak since the injury has him worried about the quarterback’s availability this season.

“When I was there at camp, he was throwing the ball back to the guy that was snapping it to him with his left hand,” Irvin said.

“It only takes that little wave with the right hand to throw the ball two yards, and I was like, ‘Oh, no. Oh, no.'”