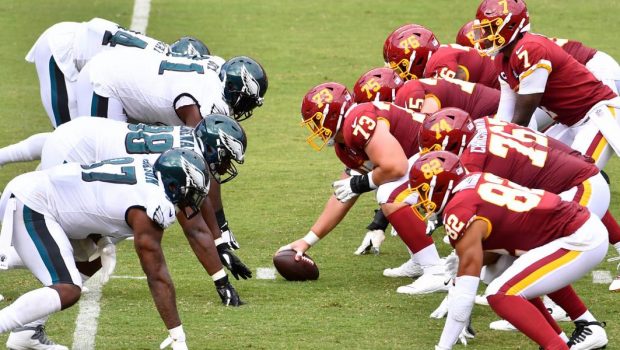 FOR ONCE IN A LIFETIME, COWBOYS, GIANTS ROOT FOR EAGLES VS. WFT!

The Week 17 game with the greatest total playoff implications features the Eagles hosting the Washington Football Team on Sunday night.

This game is linked to three teams’ destinies, with one playoff berth on the line: the spot given to the winner of the dreadful NFC East.

If the WFT wins, it wins the NFC East. If the Eagles win, Washington is out.

And for one of the only times in history, Cowboys and Giants fans are both rooting for an Eagles win — although by kickoff time Sunday night, one of those fan bases will already know whether its team was eliminated, thanks to Dallas and New York’s head-to-head matchup at 1 p.m. ET.

Using FiveThirtyEight model simulations as of Dec. 29. Average change is weighted by the probability of each outcome. Includes teams with an average swing of at least 0.5 percentage points.