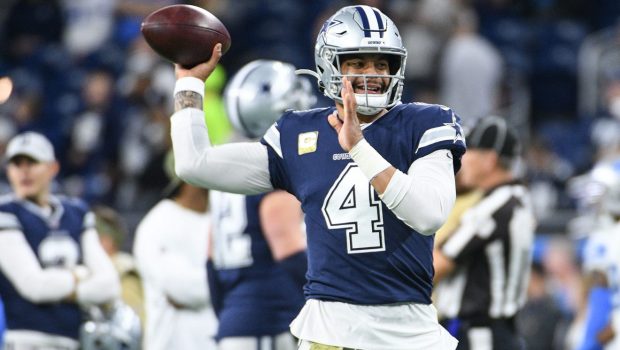 Cowboys quarterback Dak Prescott will be playing next Sunday against the Eagles at the Linc with an injured throwing shoulder and a hairline fracture of a finger on his throwing right hand.

Prescott, who suffered a right shoulder injury Sunday, will be limited as the Dallas Cowboys begin their preparation for the Eagles showdown.

Coach Jason Garrett said today that Prescott had an MRI after a victory over the Los Angeles Rams and “everything seems to be OK.”

“He just banged it up and it’s hard for him to function right now,” Garrett said, “so [I] don’t want him throwing much in practice today.”

Prescott took part in stretching during today’s portion of practice that was open to the media, but he did not do jumping jacks and he did not throw a pass.