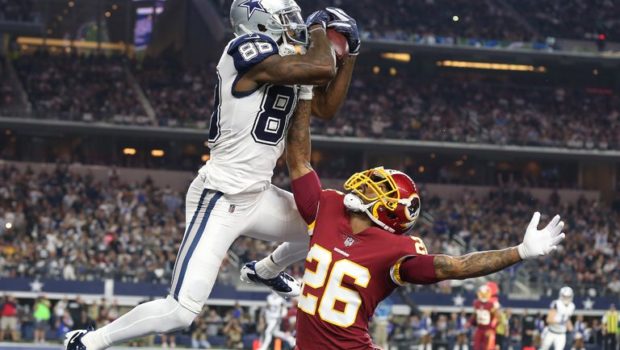 Well, the Eagles will have to wait a few more days to clinch the NFC East title with a win Sunday night in Seattle.

And that’s because the Dallas Cowboys stayed alive in the division race as their popgun offense came to life in a 38-14 victory over the Washington Redskins.

A loss or a tie against the Redskins (5-7) would have handed the division crown to the Birds (10-1), but, powered by Dak Prescott, Alfred Morris and the team’s defense, Dallas (6-6) got its first win without Ezekiel Elliott since Dec. 7, 2015.

The victory delayed the Eagles’ title celebration until at least Sunday, when a win or tie against Seattle would finish the job.

The Cowboys entered last night’s game on a three-game losing streak during which they had looked lost without Elliott, who still has two games remaining of his six-game suspension. Prescott had been a big part of the problem, throwing for a total of 500 yards and five interceptions during the streak, and what had been a promising season was quickly falling away from Dallas.

Prescott completed 11 of 22 passes for 102 yards and two touchdowns, but he made the throws he needed to and kept the offense moving. He was not undeterred by a hard hit to his throwing hand in the first half, needing just a few minutes to undergo X-rays before returning without having missed an offensive snap.

Alfred Morris, playing against his former team, did his best Elliott impression of the season by carrying the ball 27 times for 127 yards and a touchdown. Dez Bryant (above), who had not scored a touchdown since Week 7, had five catches for 61 yards and moved into sole possession of the franchise’s career receiving touchdown record with the 72nd of his career, breaking a tie with Bob Hayes.