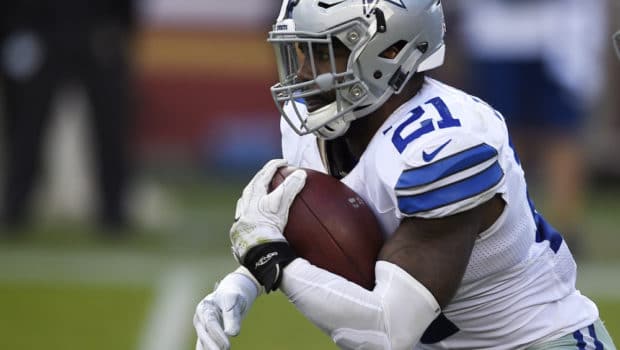 NFL appeals officer Harold Henderson is under pressure to have a decision on Dallas Cowboys running back Ezekiel Elliott’s appeal of his six-game suspension by Labor Day on Monday, a source told ESPN.

The appeals hearing began Tuesday and ended yesterday, when an NFL medical forensics expert testified during the hearing. The testimony was allowed in response to the NFL Players Association presenting its own medical forensics expert Tuesday, another source familiar with the hearing told ESPN. The NFLPA’s expert shared his thoughts about the photographic evidence provided to league investigators by Tiffany Thompson, Elliott’s ex-girlfriend, who accused him of domestic violence.

NFLPA lawyer Jeffrey Kessler is focused on what Elliott and the union see as failures of the process. Testimony on Tuesday by Kia Wright Roberts, the NFL director of investigations, was crucial from the union’s standpoint, the source told ESPN, because they believe it exposed such flaws. Lisa Friel, the NFL’s special counsel for investigations, testified Wednesday and her testimony was consistent with Roberts’.

The NFLPA’s big questions involve how the NFL decided that six games was an appropriate punishment and commissioner Roger Goodell’s role, if any, in determining the discipline, the source told ESPN.

Elliott testified on his own behalf Tuesday.