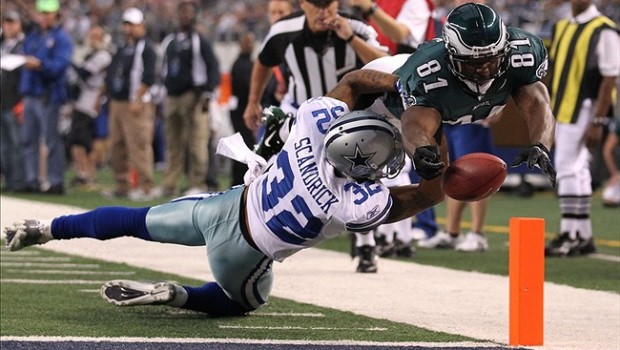 COWBOY SCANDRICK OUT FOR SEASON: EAGLES LICKING THEIR CHOPS!

No one wishes for an opponent to have terrible luck — even if the foe is the dreaded Dallas Cowboys.

But the Eagles’ primary competition for the NFC East title just lost one of its best players for the season, and the Birds will take big-time advantage.

Cornerback Orlando Scandrick was carted off the practice field Tuesday, and is done for the season with a torn ACL.

The non-contact injury came after Scandrick had two interceptions in practice.

Scandrick has been with the Cowboys since he was a fifth-round pick in 2008 and signed a contract extension last spring after tying his career-high with two interceptions last season. Scandrick also forced two fumbles and recorded a sack in 2014.

The only other cornerbacks on the Cowboys roster with real NFL experience are Brandon Carr and Morris Claiborne. Either Claiborne or 2015 first-round pick Byron Jones will replace him in the starting lineup.