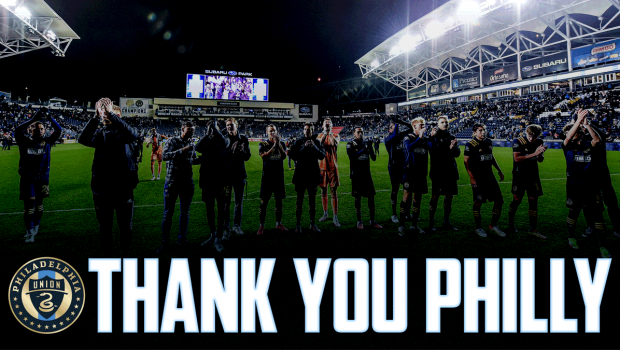 COVID ENDED THE UNION’S TITLE RUN, BUT WHAT A RIDE IT WAS!

Talles Magno scored in the 88th minute and visiting New York City FC rallied to reach its first ever MLS Cup with a 2-1 victory over the COVID-ravaged Union.

The 19-year-old Magno, who scored only twice in the regular season, helped NYCFC defeat Philadelphia in the Eastern Conference final on a day the visitors were without MLS Golden Boot winner Valentin Castellanos due to a red-card suspension. Castellanos will be able to return for Saturday’s final against the Portland Timbers.

Maxi Moralez also scored for fourth-seeded City, who prevailed over the East’s No. 2 seed Philadelphia after advancing past Supporters’ Shield winners and top-seeded New England Revolution on penalties in the conference semifinals.

COVID-19 protocols ruled 11 players out for the Union, who were forced to make six changes from the starting lineup of their previous-round triumph on penalties over No. 3 seed Nashville City SC.

Union leading scorer Kacper Przybylko helped pressure NYCFC into an own goal to give Philadelphia a lead that lasted less than two minutes.

Only seconds after the restart following Philadelphia’s 63rd-minute goal, New York’s Maxime Chanot drove a speculative effort from distance that wrong-footed third-choice goalkeeper Matt Freese into an awkward save. Magno got a piece of the rebound before it eventually fell to Moralez at the back post, who hammered a powerful finish past Freese.

Freese redeemed himself with an excellent save of Alexander Callens’ deflected header, and the Union could’ve gone ahead again in the 87th when Nathan Harriel flashed a header over the bar.

Instead, minutes later Gudmundur Thorarinsson seized upon a mistake from defender Olivier Mbaizo to work free inside the left side of the penalty area. From there, he drove a firm cross to the sprinting Magno, who hammered a first-time finish past Freese.