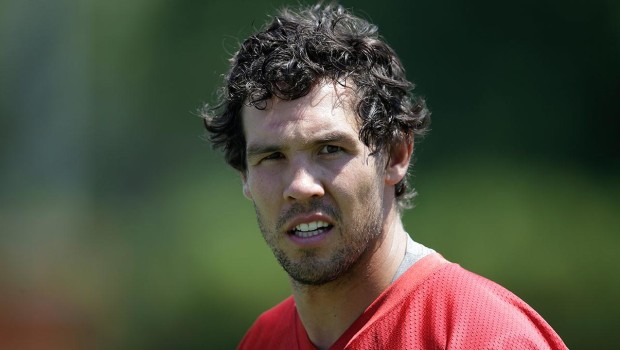 It’s easy to get stuck inside the Fog Of War mentality that has pervaded Eagles training camp this year.

Coach Chip Kelly does not like to tell the media anything because he correctly has judged them to be glove puppets who don’t report anything without an obvious anti-Chip bias.

So he tells them nothing.

But when it comes to Sam Bradford, Kelly informed him that he wouldn’t play the preseason opener, and the Eagle newbie was frustrated.

”Uh, yeah. I think I’d be a lot disappointed if I wasn’t on the field Saturday,” Bradford said Thursday after the team’s second joint practice against the Ravens.

Bradford said Kelly told him last week that he’d make his preseason debut against the Ravens but Kelly on Thursday said no decisions have been yet made regarding playing time.

Bradford, who’s coming back from two torn left anterior cruciate ligaments in a 10-month span, hasn’t played since Aug. 23 of last year. Saturday’s game against the Ravens will mark almost exactly one year to the date that he re-tore the knee ligament that he had torn during the 2013 regular season.

”I think there’s a lot of emotions,” Bradford said, including excitement because he was working back from injury the last time he played. ”I’ll have some butterflies out there just being back on the field.”

The Eagles have been cautious with Bradford since acquiring him in an offseason trade with the Rams that sent Nick Foles and a second-round pick to St. Louis.

Bradford took a smattering of snaps in the non-contact spring camps and mainly participated in position drills while watching from the sideline when the Eagles did 7-on-7s and full-team scrimmages.

Bradford received medical clearance for all football activity just before the start of training camp and has taken almost all of the first-team reps, but hitting quarterbacks in camp is off limits and Bradford has yet to feel the sensation of throwing against a live pass rush.

”I think it’s always good to get that first hit out of the way,” he said. ”Hopefully it doesn’t happen, hopefully it’s not a big shot, but I wouldn’t hate going to the ground once and getting back up.”

Given his track record of injuries, Bradford is taking somewhat of a risk playing out his contract, even though he’s slated to make just under $13 million in the final year of his rookie deal.

Three years ago, Ravens quarterback Joe Flacco shunned an extension from the Ravens entering the final year of his deal and then led the franchise to a Super Bowl title, winning the game’s MVP.

The Ravens signed him to a six-year extension worth more than $120 million after the Super Bowl win.

Flacco said Bradford could put himself in similar position if he can avoid thinking about his past injuries and maintain an optimistic outlook.

”If he looks at it in the way, like, ‘Man, it would be great if I had a six-year deal right now,’ obviously there is a little downside to the fact that he doesn’t,” Flacco said. ”But if he just takes it as, ‘This is a huge opportunity I’ve been given. I’ve been hurt a couple times but I’m still here, I still have a great chance,’ then I think you have a positive outlook on it and you play well because of it.”