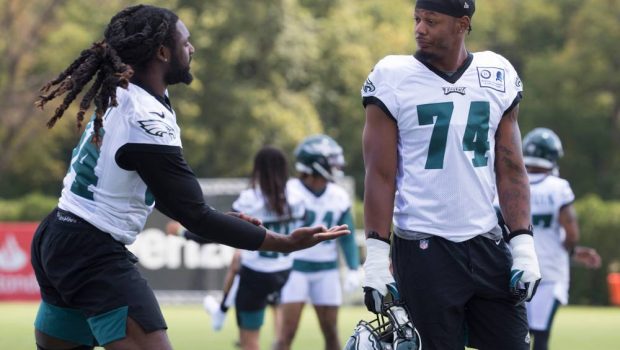 Eagles coach was waxing philosophical after last night’s 6-0 loss to the Jets at MetLife.

No, he wasn’t talking about the game.

He was talking about what he need to do in the next 48 hours:

“I just told the guys in the locker room that these next few days are the hardest few days we have,” Pederson said. “You have 90 or so players and you have to get to 53 and then you build back your practice squad guys. It’s a tough business. I just appreciate all the hard work these guys did through training camp, obviously through the offseason. They left it in our hands and it’s our opportunity now to make some tough decisions in the next few days.”

A specific position group that caught the attention of the Pederson was the defensive ends. The defense as a whole recorded two sacks and two interceptions, while holding the Jets to just two field goals.

“I thought they played hard,” Pederson said about the defensive ends. “We got after the quarterback. They closed on a couple tackles for losses. I thought they came ready to play. It was good to see in this last game that energy level they had, the effort level they gave. Obviously, we’ll look at it more tomorrow when we check out the tape. I thought overall they played well.”