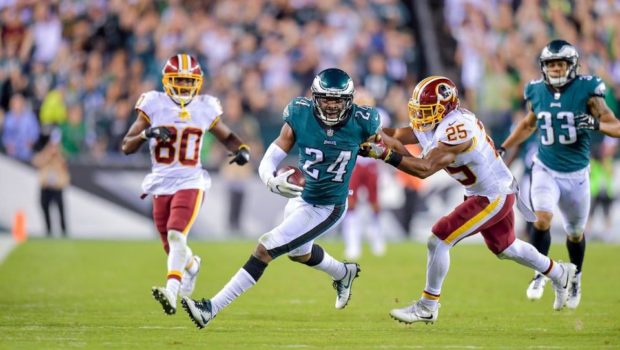 “At this time, quite honestly, we’re waiting on one more test result to come back, and I should have something later in the week, actually,” Eagles coach Doug Pederson said about the condition of free safety Rodney McLeod. “I keep pushing it down the road, but that’s the truth again.”

McLeod was questionable to return to last Sunday’s game after walking to the locker room on his own power. McLeod has nine tackles and three pass deflections on the year and has missed just one game in his seven NFL seasons.

“I feel fine,” McLeod said yesterday on WIP. “I’m staying positive and back at work today.”

If McLeod can’t go, Graham will likely start at free safety on the Eagles. The Eagles do use Graham in a variety of roles besides safety, putting him at cornerback in certain dime packages. Having an extra defensive back on the field like Graham is valuable to the Eagles defense and in the pass-happy NFL.

The answer could be moving Rasul Douglas over to safety, an option Doug Pederson is considering.

“We’ll see how it unfolds this week,” Pederson said. “Obviously, I’m not going to get into the depth chart and the plan back there. We do have a plan for it. We like where we’re at and we like our options.”

Eagles defensive backs coach Cory Undlin said Douglas could play at safety if needed during minicamp, but the Eagles like Douglas at outside cornerback. This came two weeks after Eagles defensive coordinator Jim Schwartz admitted he won’t put Douglas in the slot like he did with Sidney Jones, keeping him on the outside. Schwartz also said he doesn’t have plans to move Douglas to safety either.

“He’s probably more of a remain outside (guy), but you’ll see him in there occasionally just because of the way the offense lines up,” Schwartz said. “And again, you can’t always control that from a defensive standpoint. Sometimes you’re in base defense, and you only have two corners on the field, and they need to know those positions. But he’s probably going to take most of his reps on the outside part of the field.”

That was with a healthy McLeod. Plans obviously change.