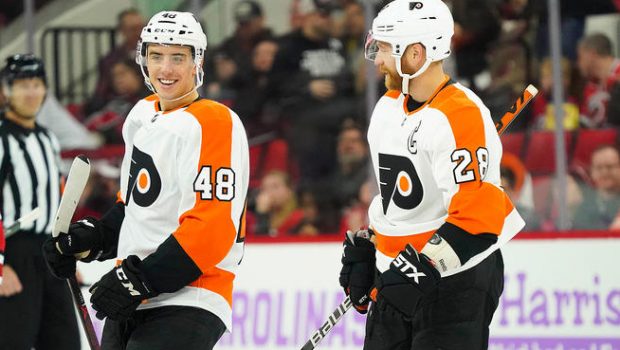 COOTS OUT AT LEAST 2 WEEKS: FROST INTO THE FLYERS BREACH!

Says Charlie O’Connor of The Athletic:

This isn’t Morgan Frost’s first crack at locking down an NHL job. He earned his first extended call-up in November 2019, and ultimately received an 18-game look before returning to the minors at the end of the December.

Frost’s first taste of NHL action wasn’t a disaster, even if he couldn’t stick with the big club. Yes, he never quite lived up to his hot start (two goals, one assist in his first two games). But over those 18 games, Frost basically produced results at the level of a passable third-line center. These two statlines nicely tell the tale.