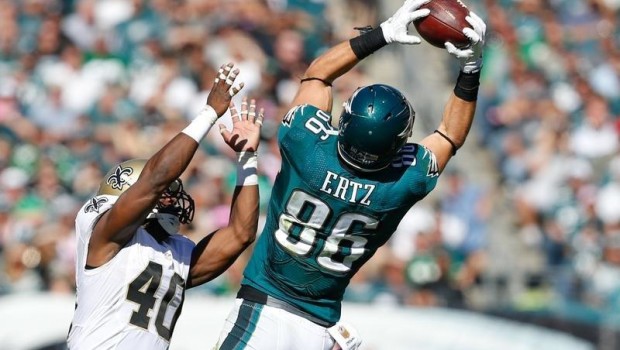 Tight end Zach Ertz suffered a concussion against the Tampa Bay Buccaneers and did not play against the Detroit Lions on Thanksgiving.

We are still in the dark about the health status of two important Eagles offensive players as the Birds regroup to prepare for next Sunday’s game at New England.

Running back Ryan Mathews, who suffered a concussion in a Nov. 15 loss to the Miami Dolphins, still is not cleared to resume football activities according to head coach Chip Kelly.

Mathews hasn’t been seen or heard from since suffering the concussion in terms of both media availability and even watching practice. According to Kelly, that won’t change as the team returns to practice Tuesday and begins preparations for Sunday’s game against the New England Patriots.

Kelly said that he did not have a definitive update on Ertz at the time of his Monday press conference but believed that the only remaining hurdle was the tight end being cleared by an independent neurologist before he could return to the practice field.