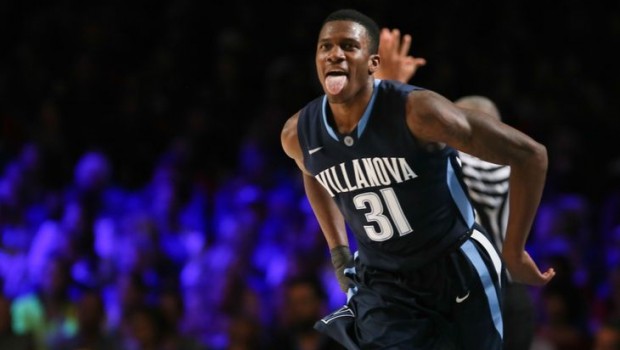 WATCH: THE COMING OF AGE OF VILLANOVA’S DYLAN ENNIS

As Villanova prepares to take its 7-0 record and No. 7 national ranking to Madison Square Garden tonight against always tough Illinois, it is useful to revisit why the Cats have gotten off to such a fine start.

Last season Dyan Ennis was best known around the country as the brother of Tyler Ennis, the Syracuse point guard who averaged more steals than turnovers as a freshman,

Dylan was in the Wildcats’ rotation, but if he hadn’t been related to one of the best point guards in the country, you probably wouldn’t have noticed him.

This season Dylan is leading Villanova in scoring and been the best shooter on the team. Last year he scored 5.1 points per game and had eight blocks all year.

And the 6-2 guard shocked Michigan’s 6-9 D. J. Wilson over Thanksgiving with this …

Villanova is beating ranked teams with their seventh man (Ennis) and ninth man (Kris Jenkins) from last year’s team leading the way, while JayVaughn Pinkston and Darrun Hilliard aren’t even playing that well yet? The Wildcats are going to be scary in March.