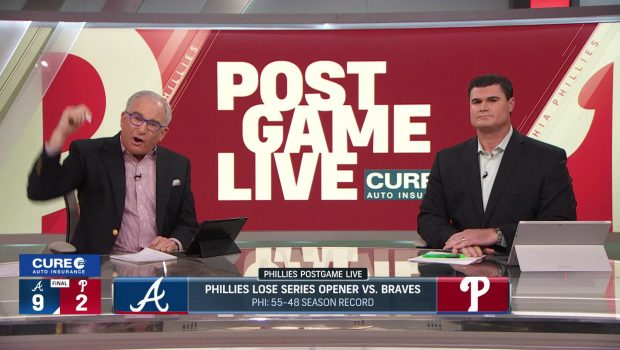 COMCAST SHUTTING DOWN NBCSN: IS NBC SPORTS PHILLY NEXT?

And yesterday, another shoe dropped, making us wonder if NBCSP is next on the chopping block.

According to John Ourand of the Sports Business Journal, NBC has been telling sports leagues and distributors that NBCSN will be shut down by the end of this year.

NBC has told distributors and some sports leagues that it plans to shut down its NBCSN sports channel by the end of the year. Story coming in SBD

Many of NBC’s prime sports properties (notably, the NHL, Premier League, and NASCAR) would have events shifted to USA and NBC’s broadcast network. Smaller events will be out of luck, though many will probably end up getting shifted to Peacock.

Peacock will also continue housing Premier League content, and NBC has reportedly told the NHL it will have a place on Peacock if the two parties continue their relationship past this summer.

Golf Channel and Olympic Channel (remember all the words we wrote about Olympic Channel in the endless lead up to its launch? Yeah, about that….) will reportedly be unaffected by the NBCSN shutdown.

Ourand reports that carriage deals for NBCSN with Charter and Dish expire this year, while NBC’s TV deal with the NHL ends after this season and their deal with the Premier League ends next summer. The company’s NASCAR deal ends after the 2023 season.

NBCSN launched at the start of 2012, though it took a year and a half for that to become the official name (as opposed to the longer NBC Sports Network). It was a rebrand of Versus, which came under the NBC umbrella after Comcast’s purchase of the company in 2011. Comcast rebranded the Outdoor Life Network to Versus in 2006.

Just two years ago, it usurped ESPN2 as the country’s second most-watched sports network. It ranked second again in 2020, despite the pandemic. But viewership alone isn’t enough, and NBC is clearly banking on Peacock, rather than NBCSN, as the future.