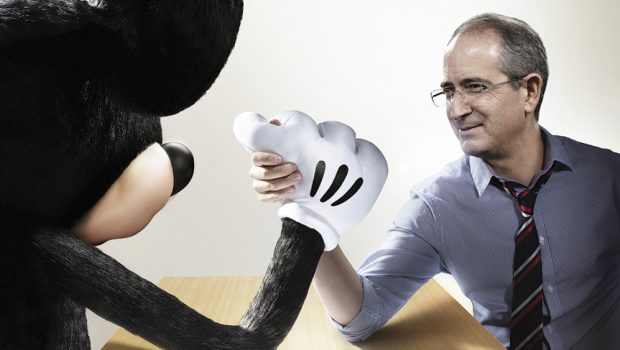 ESPN has landed a seven-year pact to carry National Hockey League games on its TV networks and a major regular-season package for its streaming services.

The deal gives the Walt Disney Co. unit rights to the Stanley Cup Finals in four of those years, which means a second media partner will also carry the games.

NBCUniversal has the NHL rights through the current season, carrying games on the NBC broadcast network and its cable channel NBC Sports Network, which is being shut down at the end of this year.

The terms of the new deal were not disclosed. NBC currently pays $200 million per season for the rights. ESPN previously carried NHL games from 1992 through 2004. NBC and its cable properties have carried the league’s national broadcasts and playoff games since 2005.

In addition to the finals, which will air on Disney’s broadcast network ABC, ESPN will produce 75 regular-season game telecasts each year that will be carried exclusively on the streaming services ESPN+ and Hulu. It’s the largest commitment of exclusive games to a streaming service ever made by a major sports league.

The streaming element of the deal is a clear recognition that the sports audience is migrating to online viewing. The CBS telecast of Super Bowl LV had 5.7 million viewers on streaming platforms, making up nearly 6% of the total audience for the contest.

“This agreement clearly underscores The Walt Disney Company’s leadership in the sports media landscape and serves as a blueprint for sports deals in the future,” Jimmy Pitaro, the chairman of ESPN and Sports Content for Disney said in a statement. “We know the power of the NHL and are thrilled to welcome it back as a significant new pillar across our platforms, and we look forward to connecting more deeply and directly with some of the sports world’s most passionate fans.”

Although live sports are considered vital for the survival of traditional TV, more leagues with smaller, dedicated fan followings are expected to move games onto streaming services to reach younger viewers who have adapted to watching video online at a faster pace.

The NHL’s streaming package that gives fans access to local telecasts outside of their markets will now be offered through ESPN+.

ESPN will carry 25 regular-season games per year on its cable networks or ABC. The networks will also carry one conference final each year and early-round playoff games.