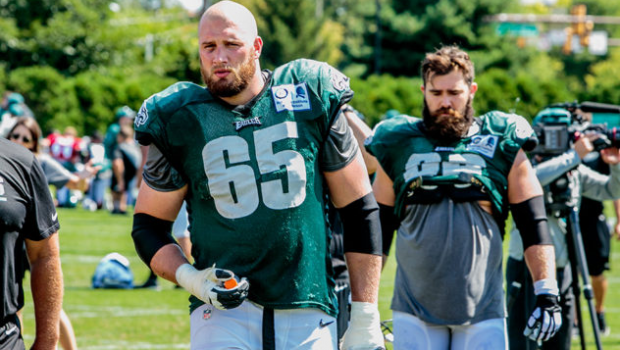 NFL COMBINE MANIA: EAGLES JOHNSON AND KELCE MADE THEIR MARKS!

Armstead holds the combine record in the 40-yard dash for offensive linemen at 4.71 while Johnson isn’t too far behind in second at 4.72. They’re also arguably the best tackles at their respective positions in the NFL. Armstead has earned pass-blocking grades over 80.0 for five consecutive seasons, while Johnson has only had one of his seven seasons earn a run-blocking grade below 80.0.

Kelce is easily the most agile offensive lineman in combine history. His 7.22 3-cone is the fourth-best recorded time for any offensive lineman, while his 4.14 short shuttle is 0.13 seconds faster than any other lineman has ever tested.