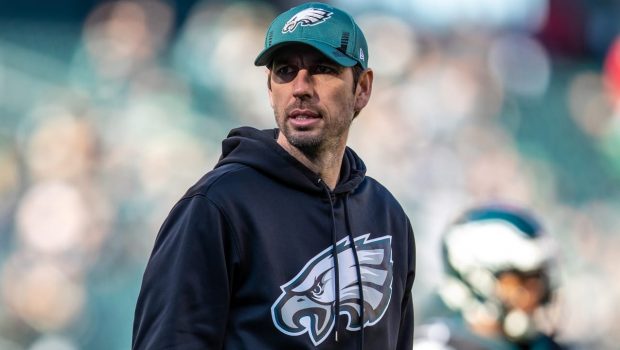 Multiple teams have targeted Steichen for their head coaching vacancies in the first 24 hours of the unofficial NFL offseason.

Philly’s offensive coordinator has spent the last two seasons building a top-5 offense around quarterback Jalen Hurts, as the Eagles went on to finish third in the regular season in points per game (28.1) and second in yards per game (389.1).

After two solid years with the Eagles, Steichen could very well be in line to orchestrate a rebuild elsewhere in 2023.