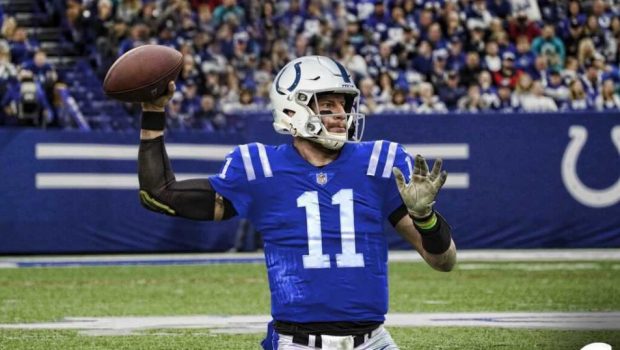 The Colts are trading for the Carson Wentz who was playing at an MVP level before he wrecked his knee in Game 12 against the Rams.

But that injury, on top of the back injury he suffered in 2018 and the concussion on a dirty hit in a January 2020 playoff game have left Wentz a shell of his 2017 self.

The No. 2 overall pick of the 2016 NFL Draft was terrible this past season, bad enough that he played his way to the bench, and he led the league in turnover-worthy plays (24) despite only playing in 12 games.

His 65.0 overall PFF grade finished just above Denver‘s Drew Lock and Chicago‘s Mitchell Trubisky, but it was Wentz who recorded the highest rate of negatively graded plays in the league.

Still, Wentz isn’t long removed from being a top draft prospect, and there will no doubt be a renewed sense of optimism around his prospects as an NFL passer now that he’s been reunited with Frank Reich in Indianapolis.

Reich has been the Colts’ head coach for the last three seasons, but he held the position of offensive coordinator for the Eagles during their Super Bowl-winning season when Wentz was having an MVP-caliber season before injury shut him down late and handed an opportunity to Nick Foles for the playoffs.

Carson Wentz: PFF grades and rank since 2016 (regular season only)