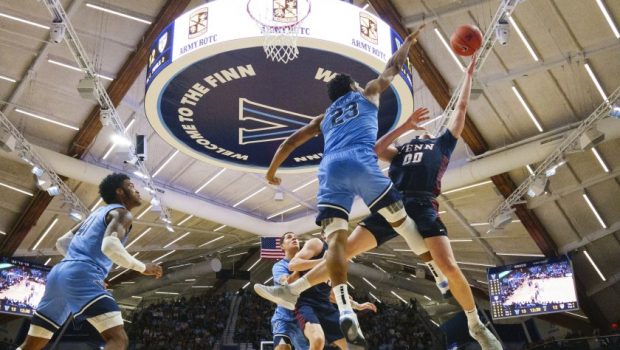 The NCAA Division 1 council, following its vote, said no exhibition games or scrimmages can be held before that date, which is the day before Thanksgiving.

“The new season start date near the Thanksgiving holiday provides the optimal opportunity to successfully launch the basketball season,” NCAA senior vice president of basketball Dan Gavitt said. “It is a grand compromise of sorts and a unified approach that focuses on the health and safety of student-athletes competing towards the 2021 Division I basketball championships.”

The past couple of weeks, discussions centered on waiting until Nov. 21-25 to begin the season. Gavitt said last week on a webinar with athletic directors and other college sports officials that Nov. 25 was under consideration because campuses around the country would be ending their fall semesters then.

“By Thanksgiving week, the date of Nov. 25, 76% of all Division I schools will have either finished their fall semester completely or released the general student body for in-person instruction,” Gavitt said on the webinar.

With general students home for the month of December and the early part of January, there is at least a six-week window for the college basketball season to get underway.

In a video interview posted Wednesday on the NCAA’s website, Gavitt said it’s unlikely that any nonconference event would be granted a waiver to play prior to Nov. 25.

“There is a waiver process always that can be utilized,” Gavitt said in the video. “The oversight committees are not very open-minded about supporting waivers to start earlier than the 25th. They didn’t even allow for any scrimmage or exhibition game to be completed before the 25th. It’d be an extremely high bar to get a waiver granted to start the season any earlier than Nov. 25.”

Full preseason practices can begin Oct. 14, with 30 practices permitted over the 42 days before the start of the season. The council also approved a transition period that allows teams to participate in strength and conditioning and skill instruction for up to 12 hours per week between Sept. 21 and Oct. 13.

The season was originally expected to begin Nov. 10 with the men’s Champions Classic involving Duke, Michigan State, Kansas and Kentucky. It’s unclear when or how the early-season events and nonconference games scheduled for the first two weeks of the season will occur. Bubbles and “controlled environments,” as Gavitt referred to them last week, are under consideration for a number of nonconference tournaments, sources told ESPN.

The Nov. 25 date is only a guideline for the start date, as conferences and individual schools will make adjustments to fit the framework of the Division I Council’s plan for the season. Gavitt has said that the NCAA is still planning for the NCAA tournament to proceed as scheduled, with 68 teams and 14 sites in March and April.