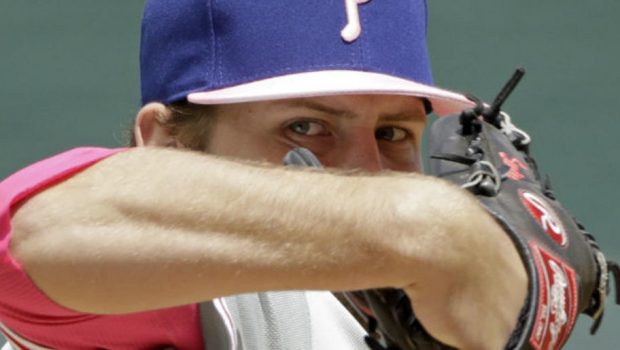 COLE IRVIN GIVES PHILS THE LEFTY THEY HAVE BEEN MISSING!

Irvin threw seven innings of one-run ball, allowing five hits with one walk and five strikeouts to lead the Phillies to a 6-1 win over the Kansas City Royals.

The Phils scored six times in the fifth to break the game open. Phillies catcher J.T. Realmuto hit a two-run double and Odubel Herrera followed with a two-run single to back Irvin (1-0).

”He stayed on the gas pedal the entire outing,” Kapler said.

Seranthony Dominguez and Juan Nicasio each tossed a scoreless inning to close it out.

”Man, that was fun,” Irvin said. ”Big inning in the fifth, and just allowing J.T. to take me for a ride.”

Kansas City has lost 12 consecutive series rubber games, a streak that stretches back to May 30 last year, when the Royals took two of three against Minnesota.

Irvin’s strong start continued an impressive run by Phils’ rotation. Over their last 15 games, Phillies starters have a 2.36 ERA – second-best in the majors during that span.

Realmuto greeted Richard Lovelady with a first-pitch double down the right field line, and Herrera hit his two-run single two pitches later. Herrera and Jean Segura each had two hits for the Phillies, and Andrew McCutchen was on base four times via three walks and a single.