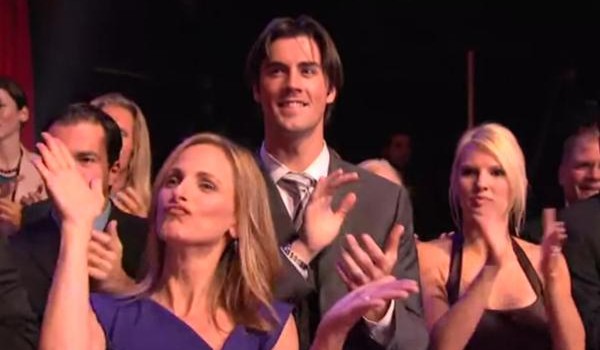 COLE AND HEIDI HAMELS DUMP HIDEOUS MISSOURI MANSION JUST BEFORE TAX CODE CHANGES! WHY DO WE EVEN CARE!

This falls into the category of:

Why Do We Even Care?!

The home is located in Table Rock Lake in The Ozarks, just outside Branson, Missouri.

So, let me get this straight:

Cole and Heidi are dumping a massive tax write-off in Branson a day or two before the dumb-ass Republicans are changing the tax code.

Well, good for the Hamels family, but this is blatant business being camouflaged as philanthropy.

“Seeing the faces, hearing the laughter, reading the stories of the kids they serve; there is truly nothing like it,” Cole said in a statement. “Barnabas makes dreams come true, and we felt called to help them in a big way.”

The home, which sits on approximately 105 acres of land, was on the market for $9.75 million. The home features 10 bedrooms, 13 bathrooms, six half-baths, and four living areas.

Realtor.com says Cole and Heidi began building the mansion while the pitcher was still a member of the Phillies, before being traded to the Texas Rangers.

The Hamels Foundation says, over the past 24 years, Barnabas has provided life-changing experiences to more than 75,000 campers and missionaries.