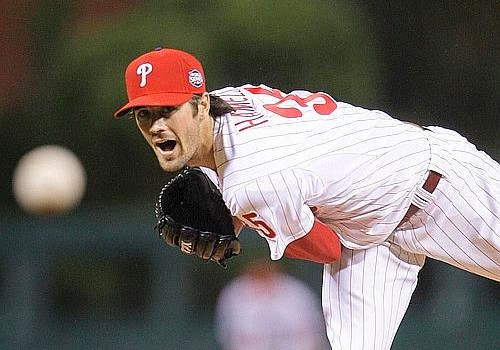 MLB is streaming games every day across its various platforms — one in the afternoon at 1 p.m. ET, and another in the evening at 7 p.m. ET. In addition, MLB Network, ESPN and FS1 will all be airing classic games throughout the week.

Hamels tied a bow on his Phillies career with a no-hitter and 13 K’s against the Cubs at Wrigley Field. The left-hander was traded to the Rangers six days later.

Santana left it all on the field in a performance for the ages against the Cardinals, throwing a career-high 134 pitches to notch the first no-no in Mets history.

Trailing two games to one and facing a 6-0 deficit in Game 4 against the reigning World Series champions, the Yankees stormed back to tie it on Jim Leyritz’s dramatic three-run homer in the top of the eighth before winning it with two runs in the 10th. New York went on to take Games 5 and 6 as well to close out its first title since 1978.

With the Mariners playing the A’s in Japan to kick off the 2019 season, Ichiro received a hero’s welcome and fittingly wrapped up his playing career in his home country.

#WalkoffWednesday matchups were determined by four polls — with three games to pick from in each — running on MLB Network’s social media platforms.

The Yankees were on their way to a third World Series crown in four years, but it was Martinez who reigned in the Bronx on this night. The right-hander set a career high with 17 K’s and held the Bombers to one hit in a dominant complete-game effort.

“Touch em’ all, Joe! You’ll never hit a bigger home run in your life!” — Broadcaster Tom Cheek summed it up best after Carter slugged one of the most iconic homers in baseball history, a three-run blast off Mitch Williams that gave Toronto its second straight World Series championship.

Rich Hill was brilliant for the Dodgers, holding the Pirates hitless through nine innings, but Josh Harrison led off the bottom of the 10th with a homer off the left-hander to break a scoreless tie and give Pittsburgh a stunning walk-off win.

Carlos González delivered a legendary performance at Coors Field, becoming the fourth player in history to cap a cycle with a walk-off homer as the Rockies topped the Cubs in a tense game.

Relive some of Carlton Fisk’s biggest moments on MLB Network

After tying ALCS Game 2 with a solo homer off Tigers right-hander Max Scherzer in the bottom of the seventh, Cruz rose to the occasion again in the 10th, crushing the first walk-off grand slam in postseason history.

The Red Sox shut out the Cardinals, 3-0, to finish off a four-game sweep and claim their first World Series title since 1918. Johnny Damon provided all the offense Boston would need in the first at-bat of the game, hitting a leadoff homer against St. Louis starter Jason Marquis. Meanwhile, Derek Lowe tossed seven scoreless innings and the Boston bullpen followed with two spotless frames.

Playing their first postseason game since 1985, the Royals (seven steals) ran wild against Oakland and rallied from deficits of 7-3 and 8-7 to win the AL Wild Card Game on Salvador Perez’s walk-off single in the 12th inning.

The Brewers surprised many in the baseball world when they announced that they would be starting Wade Miley on short rest for Game 5 with the series tied at two games apiece, but that move paled in comparison to what they did next. Though Miley indeed took the mound at Dodger Stadium, he was replaced after facing only one batter — a strategic move by the Brewers to influence the Dodgers’ lineup construction. Though Brandon Woodruff pitched well in relief (three runs and eight strikeouts over 5 1/3 innings), Clayton Kershaw allowed just one run while striking out nine over seven innings to carry Los Angeles to the pivotal win.

Nyjer Morgan’s walk-off single in the bottom of the 10th gave the Brewers their first postseason series win since the 1982 NLCS.

Endy Chavez momentarily saved the Mets with one of the greatest home run robberies ever, but Yadier Molina’s two-run homer in the top of the ninth put the Cardinals ahead and Adam Wainwright caught Carlos Beltran looking with the bases loaded in the bottom of the frame to send St. Louis to the World Series. 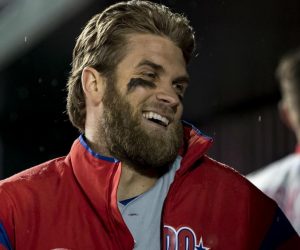 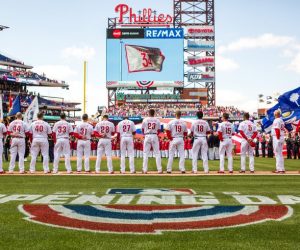 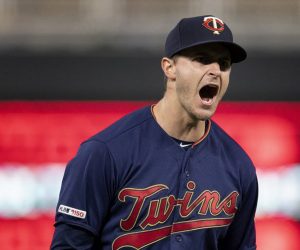 PHILS WILL HAVE TO BUMP UP OFFER AND WAIT FOR JAKE ODORIZZI!