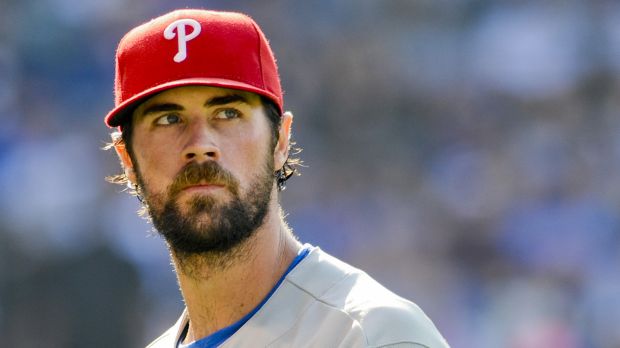 COLE HAMELS ISN’T THE ONLY 4TH OR 5TH STARTER PHILS COULD LAND!

The Phillies are at .500 and only 3 1/2-games behind the Mets in a division that is easily the worst in MLB.

That means if the Phils want to make the playoffs for the first time since 2011 they’ll have to win the division.

They have no shot at a wild card.

“We are contending,” Phils big boss Dave Dombrowski told NBC Sports Philadelphia’s John Clark on his podcast this week. “…We’re not selling. We’re not in a position where we’re looking to move players off our team.”

Jayson Stark and Matt Gelb of The Athletic report that the team is targeting fourth and fifth starters to round out the rotation, as well as back-end relievers who can help shore up the team’s late-inning relief corps.

One option could be former Philadelphia ace Cole Hamels.

The free-agent lefty held a showcase for MLB teams last week, and the Phillies attended the workout. While acknowledging interest in the lefty, however, Dombrowski also noted that he could be 30-plus days away from joining a big league rotation, as Hamels needs to go through the equivalent of a Spring Training buildup. That doesn’t provide the Phils or anyone else immediate help — and that’s something the Phillies could use with Eflin on the injured list at the moment.

There are plenty of fourth starter types available:

The Phils still have $134 million committed to their 2022, but this is a team that opened the 2021 season with a $197 million payroll and is now willing to add to it. Merrill Kelly, Matthew Boyd and Kyle Gibson are among the names available who could be moved even though they’re controlled through the 2022 season.