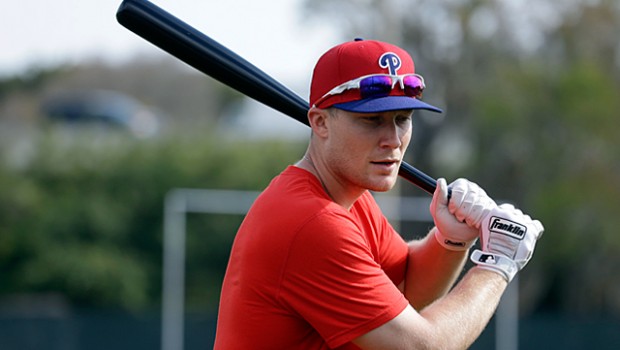 When the Phillies sent Maikel Franco to minor league camp on Friday, that handed the starting third base job to Cody Asche, and his performance so far this spring has been encouraging to the club.

Asche homered for the second straight day on Friday afternoon against the Pirates at McKechnie Field. After launching a homer off the Yankees’ Esmil Rogers on Thursday night, Asche crushed an 0-1 pitch from former Phillies starter Vance Worley over the boardwalk beyond the right-field fence.

“I think he’s having a real good spring, just from making adjustments on what he needed to work on from last year,” Sandberg said. “He has a real good two-strike approach. He’s putting balls in play, and he has a short, nice, sweet stroke resulting in some balls hit hard and home runs here in the camp. I think he took to heart our suggestions over the offseason, and he’s showing results through the camp.

“I think he’s one of our more solid hitters as we speak.”