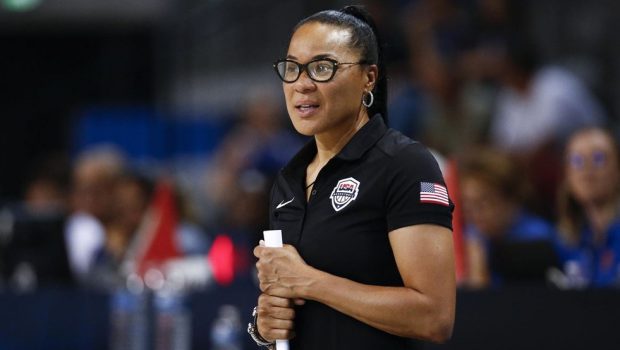 Dawn Staley is happy as head women’s basketball coach at the University of South Carolina.

But if the Sixers were to show interest in hiring her as their next head coach, she wouldn’t ignore those calls.

According to a source close to the USC women’s basketball program, WACH FOX in South Carolina reports that Staley would be open to having discussions with her hometown team if they were to reach out to her.

Two days after the Sixers fired Brett Brown, Inky columnist Marcus Hayes suggested that the team should interview Staley, a North Philly native who continues to be a leader in the Philly community.

“A charismatic college coach with deep local ties,” wrote Hayes about Staley. “One who understands the challenges of coaching in a rabid Northeast sports city. One who was coach of the year. Won a national championship.”

In the column, Staley told Hayes via text that she would “rather be in the stands than on the bench” when it comes to the 76ers. But on Sunday, less than a week after Hayes’ column was published, a second source close to the situation told WACH FOX that to Staley, the idea of not only coaching in her hometown but breaking barriers for women in the NBA would be one “she’d definitely entertain.”